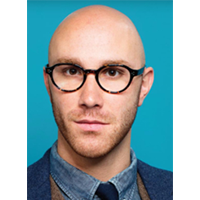 Kevin Stump is JobsFirstNYC’s senior vice president. He plays a key leadership role in shaping the strategic direction of the organization. He is charged with overseeing JobsFirstNYC’s emerging K-12 and postsecondary practice, expanding the organization’s policy impact, and leading the organization’s communication and learning strategies. He currently co-chair’s the Invest In Skills NY campaign. Prior to joining JobsFirstNYC, Kevin served as the founding northeast director for Young Invincibles, where he launched their New York office and ran a successful campaign to launch the Empire State Apprenticeship Program. Kevin has policy, research, and advocacy experience from his tenure at both the Roosevelt Institute and the New York Public Interest Research Group. In 2017, Kevin was honored as one of New York’s 40 Under 40 Rising Stars in City & State magazine. He holds a bachelor’s degree in community organization and advocacy from SUNY Plattsburgh and is pursuing his master’s in public administration at Marist College.