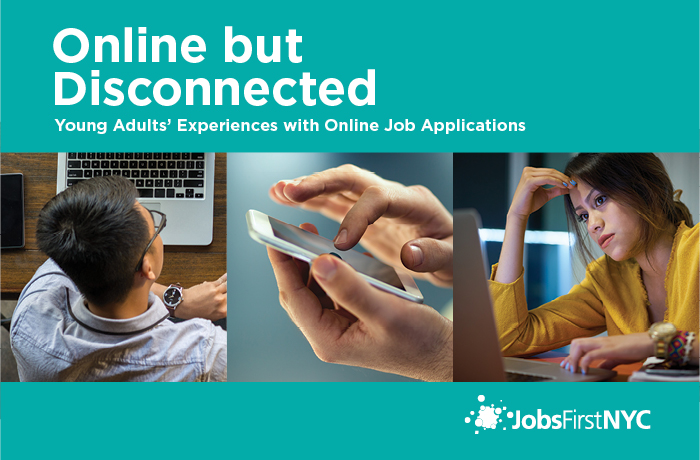 A minimum wage job with a fast food franchise or a retailer may be short on glamor and pay, but is typically the first rung on the ladder of lifetime employment. National chains now recruit most entry-level workers online, many with applications that include a battery of personality-related questions. These pre-employment personality assessments have become a major obstacle to employment of young adults.

As applications migrated online, employment and training organizations reported that young jobseekers in New York City were finding it more difficult to be hired. JobsFirstNYC began an in-depth investigation documenting the impact of pre-employment personality assessments Online but Disconnected: Young Adults’ Experiences with Online Job Applications. Among our findings:

To expand access by out-of-school, out-of-work young adults to the economic life of New York City, JobsFirstNYC is committed to raising awareness of unnecessary and unfair obstacles to their employment and working to eliminate them. Shining a light on pre-employment personality testing is a first step, but gaining the widespread adoption of fairer, more effective screening mechanisms will require a vigorous, coordinated and sustained response.