Pandemic Spurred Major Jump in Out of School, Out of Work Young Adults in New York City: Report 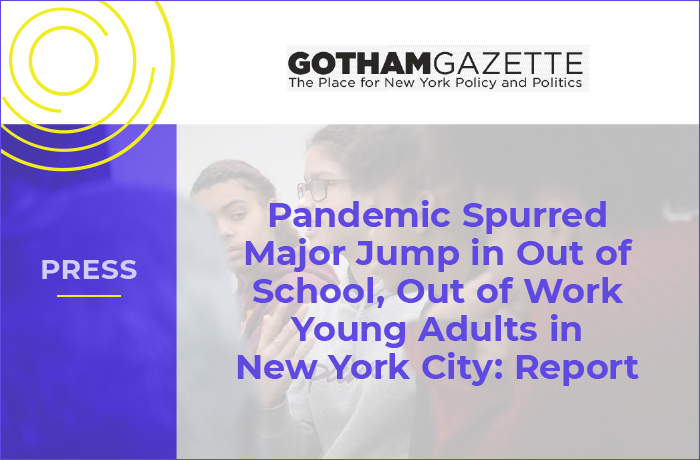 The number of young adults who are both out of school and unemployed surged during the pandemic after declining for much of the past decade, a new report from the workforce development organization JobsFirstNYC confirmed.

The analysis, commissioned by JobsFirstNYC and conducted by the analytics firm Chmura, crunched data from the Census Bureau’s Community Population Survey to show 27% of 18-to-24 year-olds, or roughly 184,000 young-adult New Yorkers, were out of school and out of work (OSOW) in 2020. The figure represents an 80% increase in OSOW youth from the year prior and the highest it’s been at least since 2010.

The new analysis, released this week, adds weight to an estimate published by the city’s Disconnected Youth Task Force in January, which found one in four 16-to-24 year-olds were likely OSOW, along with racial and geographic disparities in the OSOW youth population. The JobsFirstNYC study also revealed new information about the disproportionate increase in women who were unenrolled and unemployed during the first year of the pandemic.

“2020 was a devastating year for young adult New Yorkers in terms of jobs lost and education deferred, resulting in an alarming increase in the rate and number of 18- to 24-year-olds out of school and out of work to 27%,” wrote Marjorie Parker, president and CEO of JobsFirstNYC, in an email to Gotham Gazette.

“What that meant last year was an urgent need to acquire new skills and improve existing ones to compete in a fast-changing labor market. That truth will persist in the future,” she wrote.

JobsFirstNYC and other workforce development providers have pushed the city for more funding to address the problem and to undertake concerted efforts to understand the shifting needs of the labor force. That could include skills mapping studies to identify strengths and gaps in local labor markets and the requirements of available jobs. Advocates have also emphasized the importance of bridge programs that help jobseekers attain the skills or training they need to advance or change careers as the job market changes. JobsFirstNYC plans to release a policy paper this fall with “actionable” recommendations for the current and next mayor, as city government faces massive turnover in January.

The OSOW rate typically fluctuates seasonally, ticking up during the summer months when most school is out of session and dropping again in the fall when classes resume. The number peaked in June 2020 reflecting the impacts of the worst of the pandemic — likely a decade high — at 331,000, a staggering 41% of residents aged 18 to 24, according to the report. During that time, the early summer peak coincided with a city and national economy taking its first steps back after the pandemic had forced businesses to close and most public life to grind to a halt.

The new study found that New Yorkers aged 18 and 19 were far more likely to postpone college in 2020, causing the summer’s high rates to extend into August. Seventy-six percent of that age group were OSOW in August 2020, compared to rates averaging in the mid-to-lower 40 percentages during the same month over the previous four years (2016-2019). Overall, the rate of out-of-school 18-to-24 year-olds grew twelve points to 59% from 2019 to 2020.

Youth “disconnection,” as it is sometimes called, disproportionately impacted Latino communities, which accounted for 39% of the OSOW population, the report found, despite making up just 30% of the city’s young adult population. White New Yorkers, on the other hand, were underrepresented in the figures, comprising 28% of the city population, but only 21% of out of school and out of work young adults.

The study also revealed gender inequities in the OSOW boom of 2020. Between 2019 and 2020, the number of young OSOW women rose by 60%, while their male counterparts grew by 37%. The figure reflects the larger number of women leaving or being pushed out of the workforce during the pandemic when businesses and schools shuttered, many jobs disappeared or moved online, and child care needs soared.

Total unemployment among 18-to-24-year-olds of any gender doubled over the same period of time — from 4% to 8%, or 54,000 young adults. But a much larger number is (and has historically been) the number of New Yorkers in that age group who are considered outside the labor force altogether, because they are not actively seeking employment, with jobseekers the denominator used for unemployment tallies. That number reached 134,000 in 2020, a six point increase from 2019.

The Bronx had the highest levels of OSOW youth by a significant margin, a point also made in the Disconnected Youth Task Force’s January report, which came far later than a deadline set in city law. The new data showed 37% of 18-to-24 year-olds in the Bronx were OSOW, compared with between 23% and 25% in the other boroughs. The Community Population Survey does not contain neighborhood-level data, but JobsFirstNYC noted the Census Bureau plans to release more granular information later this year. Previous studies have shown the South Bronx and East New York, Brooklyn to be the hardest hit, with the Mott Haven-Hunts Point section of the Bronx home to the most out of school out of work young adults. 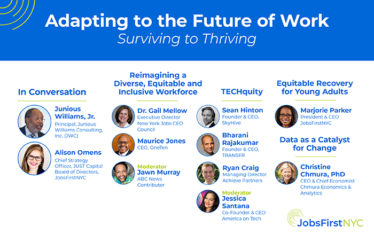 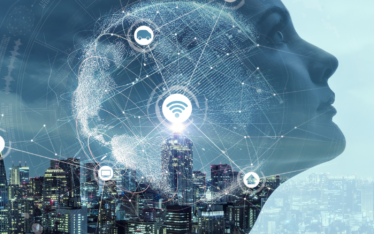