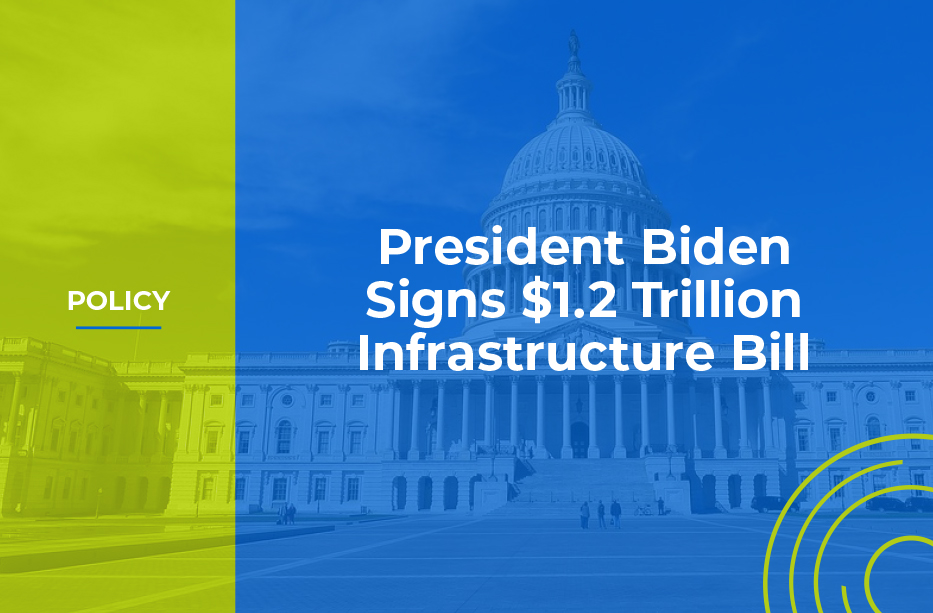 On November 15, 2021, President Joe Biden signed a $1.2 trillion infrastructure bill into law. This historic legislation will fund much-needed upgrades to America’s physical infrastructure and create an estimated two million jobs per year for the next decade.

These investments are important not just because they will create jobs, but because they will allow many people to live healthier, safer lives, and will begin to build up our nation’s resilience in the face of climate change. Our country’s aging infrastructure has needed concentrated investment for years, if not decades. However, the infrastructure bill only represents part of Biden’s vision for America’s response to the pandemic-induced recession and the threat of climate change.

For the infrastructure bill to meet its ambitious goals, we will need an average of two million skilled, job-ready workers every year for the next ten years. In order to meet that need, we must pass the $1.75 trillion Build Back Better (BBB) budget reconciliation bill, which invests in proven programs that create a trained workforce, including Pell grants, apprenticeships, subsidized jobs, and access to wraparound services, such as affordable childcare. The BBB bill also includes programs explicitly targeted toward young adults, ensuring that those most impacted by the recession are a key part of the recovery. While the American Rescue Plan provided some funding through their Good Jobs Challenge, this is not enough to meet our current need, nor will it address the potential shortage of skilled labor when the infrastructure bill is signed into law.

The infrastructure bill was passed as part of a promise to pass the BBB within the month. Democrats are hoping to pass the bill by Thanksgiving, but have had past attempts delayed by conservative Democrats. It is imperative that the workforce development field join together to pressure our elected officials to pass the budget reconciliation bill as quickly as possible, and without stripping any more important provisions. Passage of the BBB is a multi-generational investment that will transform the lives of working class Americans for decades to come.