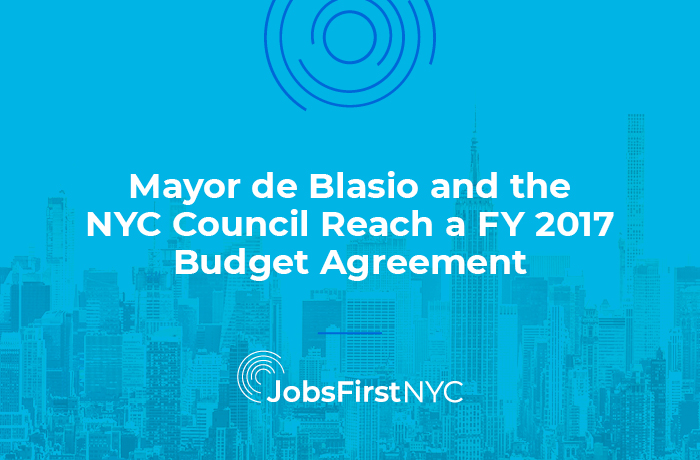 Yesterday, Mayor de Blasio and New York City Council Speaker, Melissa Mark-Viverito announced their agreement on the $82.1 billion budget for fiscal year 2017 that will begin on July 1st of this year. Included in the budget were $42 million dollar Summer and Year Round Youth Employment Programs, which youth employment advocates and the Council have urged the Mayor’s administration to adopt since negotiations began months ago. Other major investments included a $700 million increase in funding for public hospitals, community clinics, assisted living facilities and home-health care services; increased funding for libraries; and boosted investments in the city’s efforts to combat homelessness. Click here for more information on yesterday’s budget agreement.